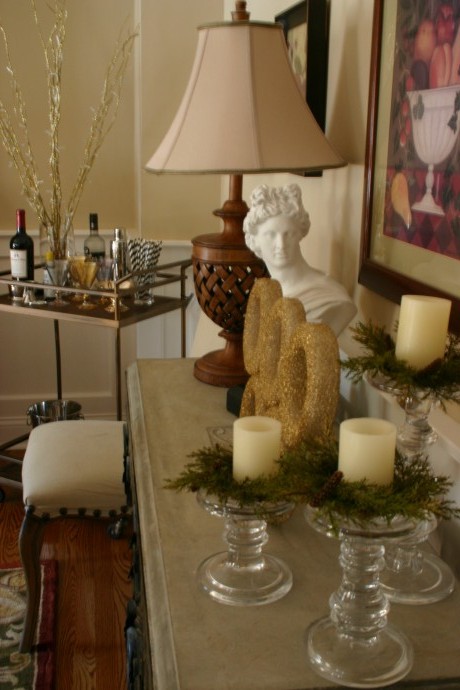 There are few things in life that I look forward to more than the Olympics.  Every two years I sit down in front of the television and get up two weeks later.  Actually this year the Winter Olympics were 18 days long!

Our tradition is throw an Opening Ceremonies Party comple with food from the host country (although some years are much more difficult to plan than others…this being one of them).  In years passed I have used the traditional Olympic colors: red, blue, black, gold, green and white and the 5 rings. 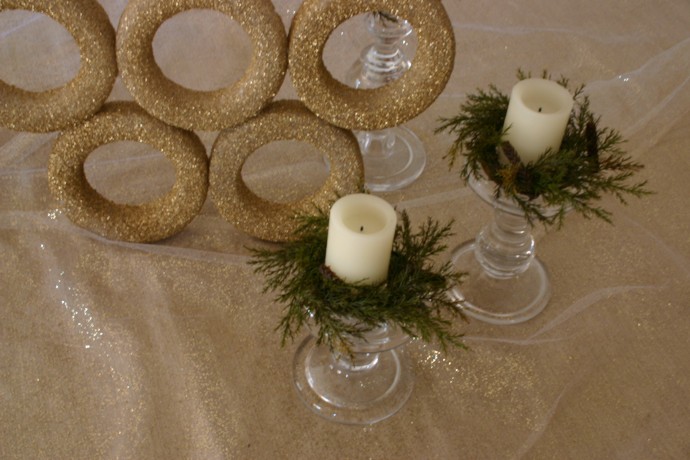 This year I decided to change it up.  No colors at all.  I thought just gold with touches of white and black and a spash or two of silver.

I first assembled the bar (Bien sûr).  A Russian Vodka anchored the bar followed by a bottle of wine, glasses (gold of course) and a silver bowl of gold wrapped chocolates.  My favorite touch was the gold lit twigs in the clear vase.  Usually in use at Christmastime they reminded me of the Olympic torch and so they were a fun addition. 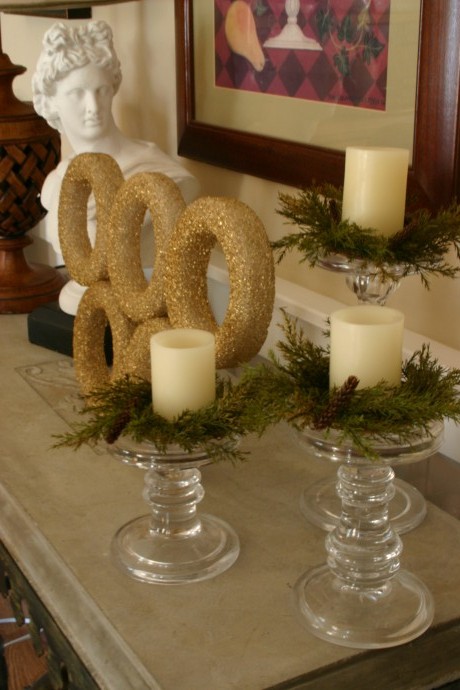 Next I tackled the sideboard.  My father has this great greek reproduction bust.  I can’t remember a time it wasn’t in our home growing up.  I think it is Apollo.  He seemed a fitting addition and so I borrowed him to rule over the festivities.  Next came the clear candlesticks with green mini wreaths on top.  I bought them years ago for use at Easter but in reality I use them all year around.  They reminded me of the wreaths put atop Olympian’s heads. 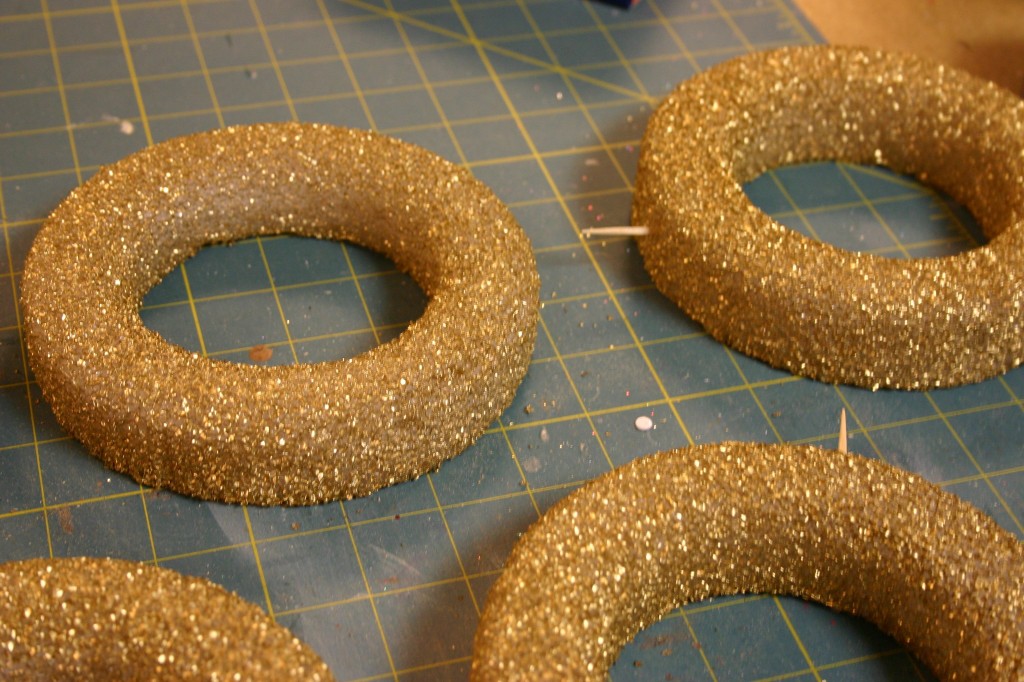 I needed something special for the center of the sideboard.  Rings.  Five.  Gold.  Olympic rings. Off to the craft store I went for 5 styrofoam rings and a can of gold spray paint.  I  used Design Master 731 Brilliant Gold Colortool Spray.  This is important as regular spray paint will dissolve styrofoam.  A quick spray, some toothpicks between and hot (low melt) glue and the rings were ready to go.  I especially liked how the bright gold spray paint turned out to be a deeper antique gold look once on the strofoam.  A roll of gold glitter tulle for the table and the decorations were complete.

It was fun to have the Olympic decorations out throughout the games…not that we needed a reminder that the games were happening…Figure Skating on TV all day nearly every day (bliss) took care of that!  And on the “non skating” days I learned all I’ll ever needed to know about curling.